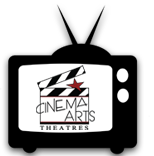 Streaming: The Hole
September 25, 2020 Click here to stream
Set just prior to the start of the 21st century, this vaguely futuristic story follows two residents of a quickly crumbling building who refuse to leave their homes in spite of a virus that has forced the evacuation of the area. As rain pours down relentlessly, a single man is stuck with an unfinished plumbing job and a hole in his floor. This results in a very odd relationship with the woman who lives below him. Combining deadpan humor with an austere view of loneliness and a couple of unexpected musical numbers, Tsai Ming-Liang crafted one of the most original films of the 1990s. Produced for French television's 2000 Seen by... series, this was originally broadcast in a 69- minute version called Last Dance. This longer version is the director's preferred cut. Mandarin with English subtitles